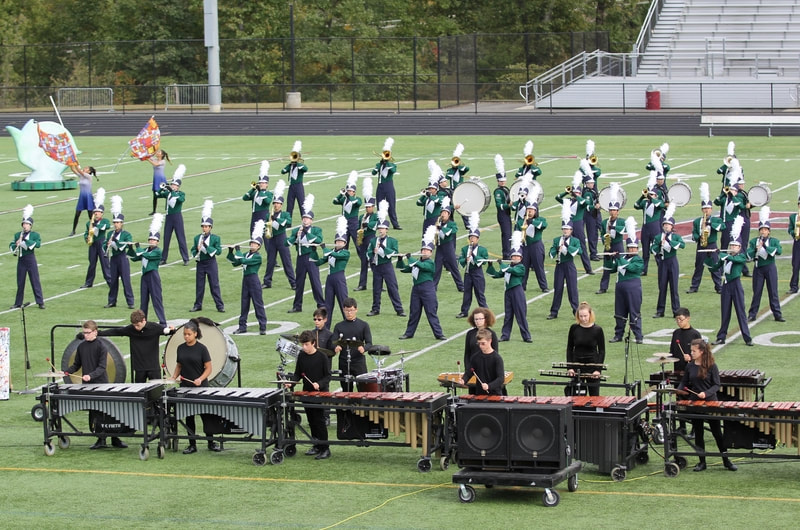 The Sprit of Reston, also known as the Marching Seahawks, is the South Lakes High School Marching Band.  Players from every band ensemble can march, play in the front ensemble, or participate in the color guard.  Summer rehearsals for marching band begins in August (usually the final three weeks of August). Exact dates can be found on the Charms calendar.

The Marching Seahawks perform the national anthem, pep music, and halftime shows at all home football games. They march in the SLHS Homecoming Parade, and in the Reston Holiday Parade on the day after Thanksgiving.  To thank the community for their support, the marching band performs the "Tag Day" concert each year.

Marching Band is a co-curricular activity for FCPS and participation is required for Wind Ensemble, Percussion Ensemble and Flag Corps (Color Guard) members. Fees are assessed by FCPS to participate in marching band.
Powered by